How to play the lottery without ever losing using PoolTogether 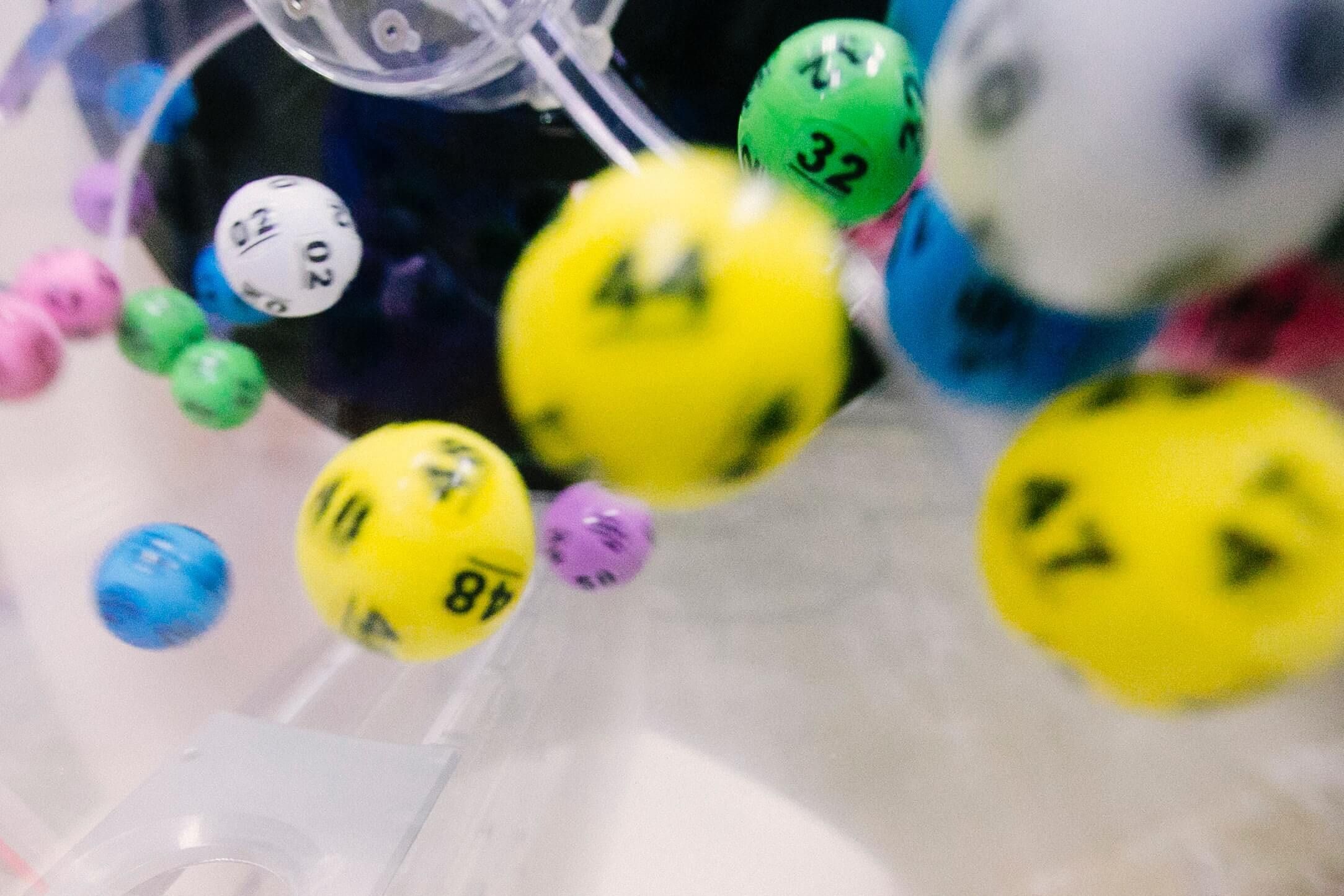 The global lottery market size was $320 billion dollars in 2019 and is expected to reach $390 billion by 2026. However, the lottery market industry has seen little innovation over the last few decades and is plagued by problems.

For example, one can’t participate in the majority of current state lotteries remotely - tickets are only sold in physical form and only on the territory of the state conducting the lottery.

Moreover, the current mainstream lotteries are absolutely intransparent. The organizers make the rules, print and sell tickets and draw the numbers - and the process largely happens behind-the-scenes. Whatever details the players are allowed to know, they learn from TV, which is a one-way medium with no room for feedback or interaction.

These lotteries may be completely unfair - but we can’t tell because we can’t access the details of how they are conducted.

The short answer is yes - and the project building the future of lottery is called PoolTogether. In short, PoolTogether allows users on the internet to pool their assets together and collectively invest in yield-producing lending markets in the DeFi space like Compound. The interest generated each week goes into a prize pool which is then allocated to one random depositor at the end of the week. This process is repeated every week and users who leave their assets in PoolTogether are automatically re-enrolled for each week’s prize pool. 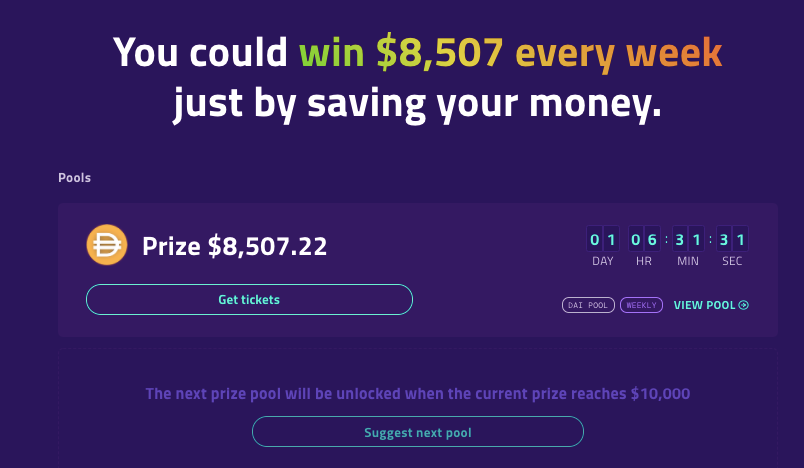 So what’s cool about this? Well, first, you can win a ton of money each week but you can not lose. Your deposit is just used to generate interest for the prize pool but it remains yours. You can withdraw it at any time.

Secondly, unlike traditional lottery, PoolTogether is global by default. Anyone in the world with an ethereum wallet can participate. It effectively allows random people on the internet to team up and save together in a completely trustless way.

Last but not least, the fact that the entire system is built on the Ethereum blockchain opens up boundless possibilities and transparency. Smart contracts automate the entire operations of the platform and anyone with a bit of technical knowledge can read through the code and get an understanding how the platform works.

Moreover, users can verify on-chain at all times if the assets deposited in PoolTogether correspond to what’s shown in the PoolTogether app, they don’t have to trust PoolTogether to act truthfully. This even extends to the selection of the prize pool winner for which PoolTogether uses Chainlink’s VRF (verifiable randomness function). This integration enables the protocol to randomly-select prize pool winners without needing to rely on the core team. Chainlink VRF is a secure RNG (random number generator) purpose-built for smart contracts that generates a provably fair source of on-chain randomness. The VRF can be independently verified by users as unbiased through a cryptographic proof.

Anyone familiar with PoolTogether knows that it has been around for a while. What’s new however, is the recently launched V3, preparing the app for a gradual decentralization of its core protocol components.

As such, users will be able to independently create new prize pools using self-created yield strategies. Currently, there is only one prize pool denominated in DAI and using the Compound protocol as its yield source. This makes sense as it’s one of the safest protocols in the DeFi space. However, with the recent upgrade users can decide to create more “experimental” strategies producing higher yields and thus higher prize pools. 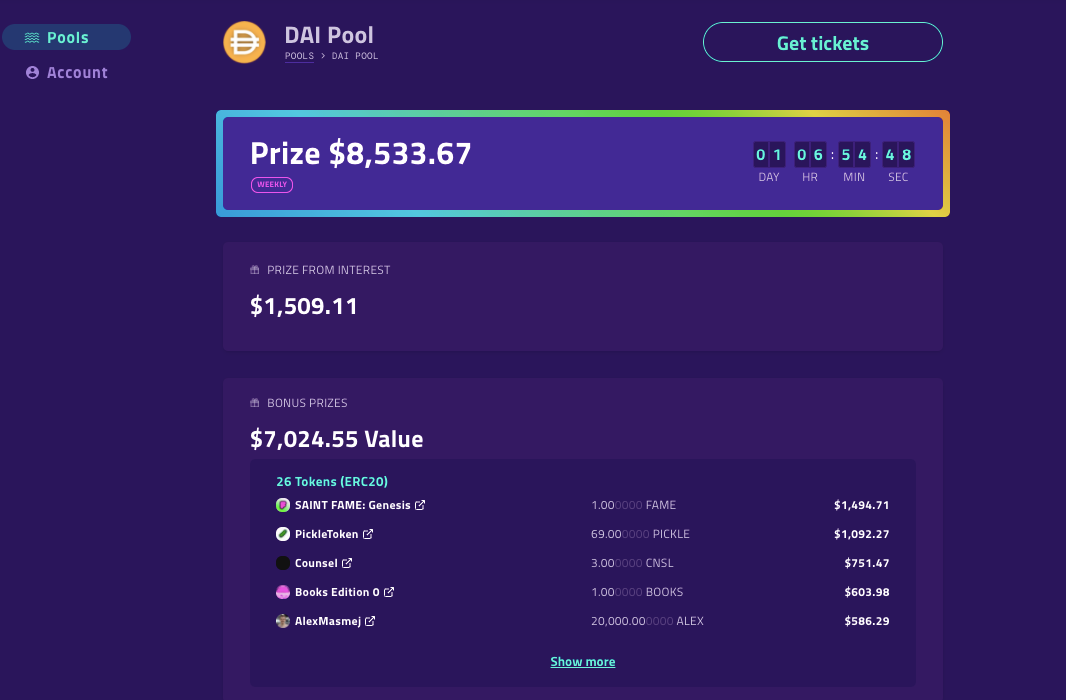 Another cool feature is that since the contract address of the pool is public any third-party can decide to deposit additional assets to the pool ( as shown in the picture above) - effectively sponsoring the prize pool and using it as a marketing tool to promote their token.

We’re looking forward to all the cool applications that will be built on top of the PoolTogether protocol.

Have you used PoolTogether? Jump in our Telegram to discuss PoolTogether and other fun DeFi topics with us