How to earn sustainable Yields and RGT tokens with RARI 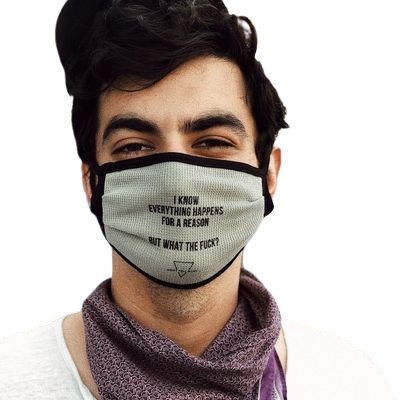 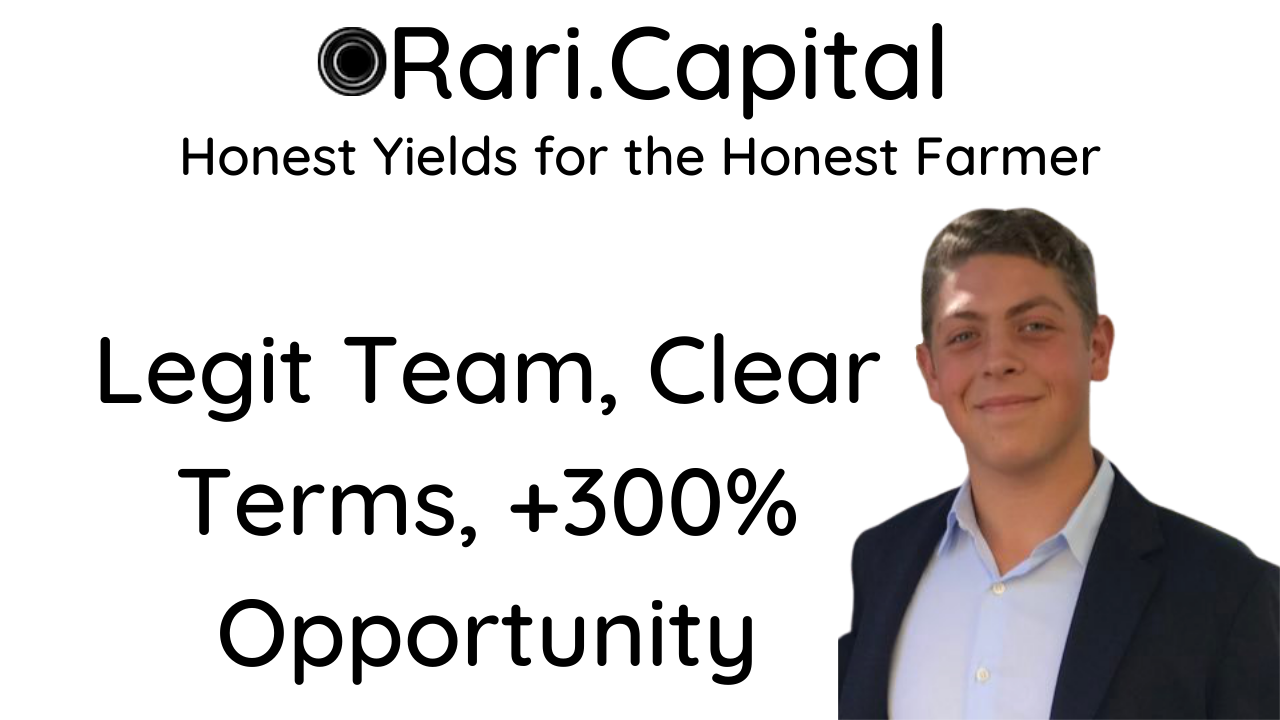 The idea behind Rari Capital is pretty straightforward: maximize your yields. Rari has been around for a long time (for DeFi standards), long before the recent yield farming craze, as one of the first yield aggregators. What’s new, however, is the launch of their native governance token, $RGT. The protocol is simple to understand and has a user-friendly UI.

In a nutshell, they have 3 pools: the ETH Pool, Stable Pool, and Yield Pool. They each have their own strategy catering to different risk appetites. What they all have in common is that they are integrated to different DeFi protocols and always deploy users assets where the best yield is. Below you can see the underpinnings of each pool and their respective token. 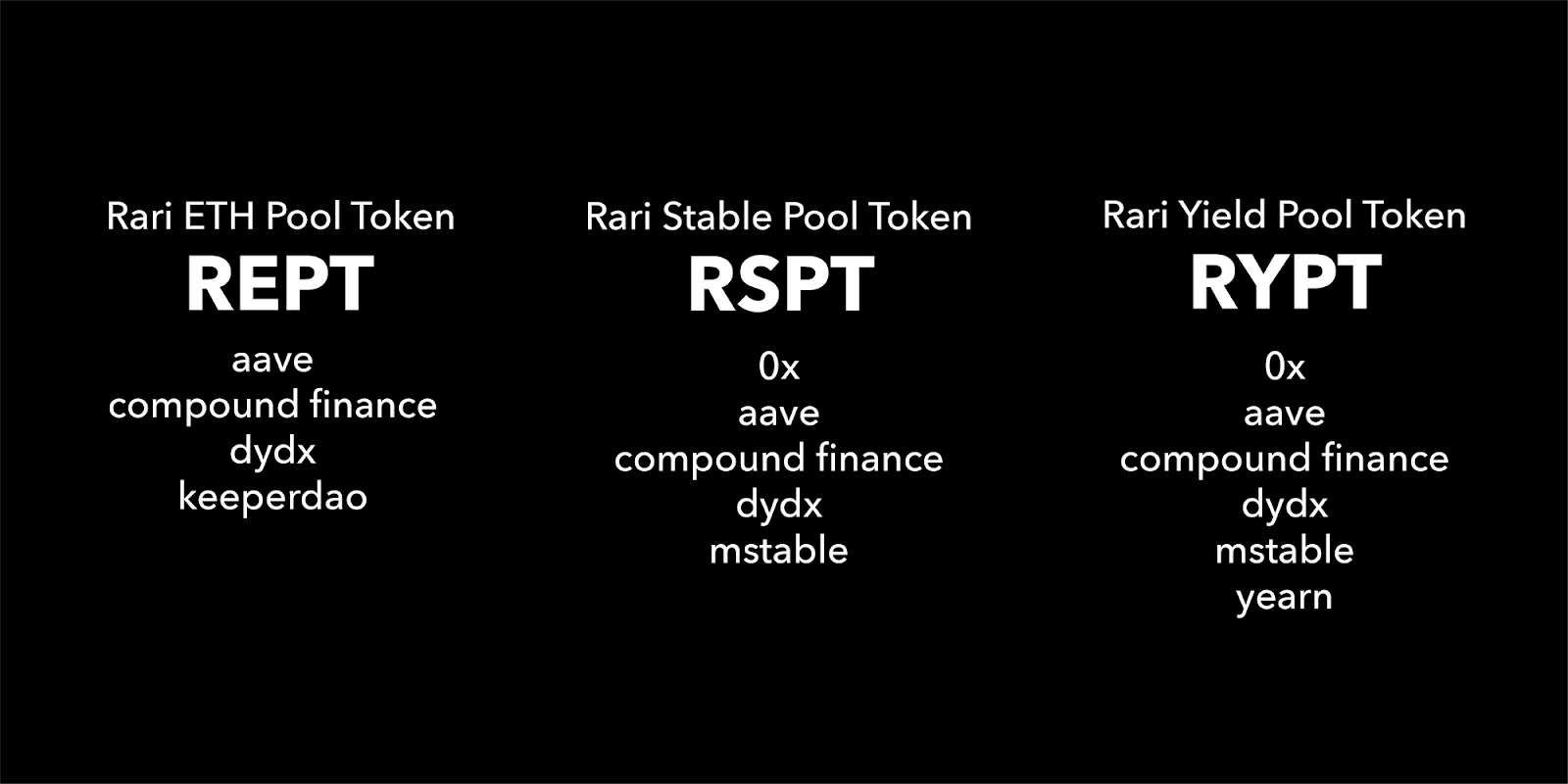 Unlike many anonymous protocols, Rari is developed by a team of well known figures in the DeFi space, spearheaded by the young Jack Lipstone. This offers considerable credibility compared to other yield aggregators like Harvest or Pickle which have anonymous founder teams and could in theory disappear without a trace and leave you holding the bag. While this has not happened and the teams behind these two projects have so far been exemplary in every aspect, it is always a threat as long as these projects have somewhat centralized governance structures.

While the current APYs in the Rari pools aren’t unbelievably high, at around 5% on the Stable and Yield Pools, they are designed to be sustainable long-term. That’s 100x more interest than a bank gives these days, and it could be something where you invest and forget it, rather than chasing phantom APYs left and right, getting rug-pulled along the way.

They are also transparent about their fees, stating a 9.5% Performance Fee on all profits accrued, and also a 0.5% withdrawal fee. Of course, the Performance Fee is only charged on the profit they’ve generated for you, not on your initial capital. For comparison, Harvest has no withdrawal fee, but a 30% fee on profits. They’re also upfront about the risks involved which we like.

In addition to the ‘modest’ APY rates we mentioned above on the Stable and Yield Pools, there’s also a very attractive 327% APY coming from the native RGT token distribution you benefit from when depositing assets in any of the pools. We like that they provide a clear breakdown of the APYs: a relatively stable, long-term APY and the RGT token farming APY which is likely to swing wildly and go down over time as more capital is being deposited into the pools (and thus more people receiving a share of the RGT tokens).

What does the token do? Well it doesn’t actually give you a piece of the fees earned by the protocol, but rather a discount on the fees you pay. If a whale was to put say $1M into the Rari ecosystem, you can bet they’d secure a sizable RGT position to cut down on the fees that they pay.

The token distribution is clear: 12.5% to the team (vesting over 2 years) and the balance 87.5% to the public via Liquidity Mining Rewards, which are distributed over this initial 60 day period. To prevent premature dumping on the market via early claims, there’s a 32% burn/takeback until December 19 (the end of the 60d).

In our test, we deposited 0.1238 wBTC into the Protocol and the gas fees were around $28 in total for the two transactions. Obviously GAS fees vary and your mileage will vary, but if you’re looking for a more-transparent, intuitive DeFi project to invest in, Rari may be the one for you.

Make sure you are subscribed on Gabriel Haine's Youtube for the latest tutorials, news and interviews!