What is Bitcoin Mining and how does it actually work? 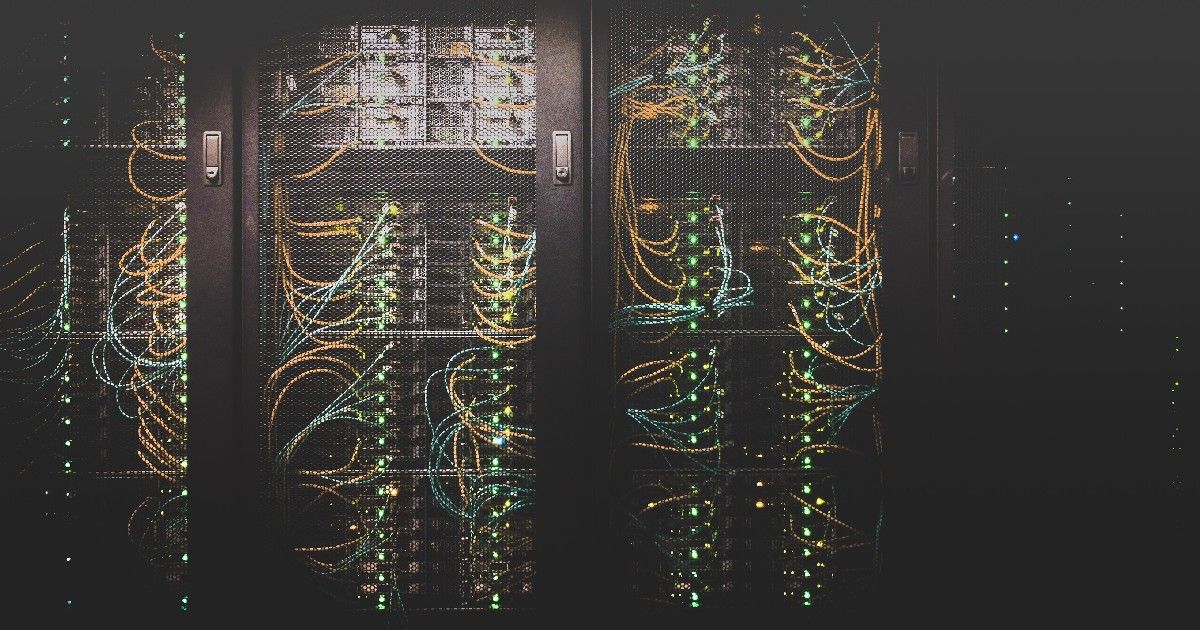 Bitcoin mining refers to the security mechanism implemented into the Bitcoin protocol to achieve consensus over the state of the blockchain, in a decentralized way. It is key to understand how that mechanism prevents someone from cheating the system, thereby making the network not only more secure, but antifragile too.

It can be hard to wrap your head around Bitcoin, both on a conceptual and on a technological level. It is unique in many ways and its use cases might not seem clear at first. For that reason, the Bitcoin community and the media came up with many analogies to make it easier for less tech savvy people to visualize what Bitcoin is. One such analogy you might have heard of is the famous digital gold narrative. This analogy appeared relatively early in Bitcoin’s history, partly to justify its existence and partly to relate it to something people knew and understood. As such, the most early adopters started using the term bitcoin mining to draw a parallel with gold mining.

Fun fact: the term ‘mining’ is never used in the Bitcoin White Paper, neither is the term ‘blockchain’.

Still, the term is quite vague and does not really explain how the ‘mining’ takes place.

The goal of this article will be to help you understand how bitcoin mining actually works. We will explain what terms like Proof Of Work (or POW), cryptographic puzzle and hash functions mean and how they all come together under the popular term ‘bitcoin mining’. The difference between a transaction validation and a transaction confirmation will also be explained. Technical words will be highlighted in bold and explained throughout the article and you will also find below an infographic of the whole process.

What is bitcoin mining?

This process of attempting several solutions until encountering the correct one is called Proof of Work (or POW) and the cryptographic puzzle (or POW algorithm) in the Bitcoin protocol uses SHA256 , which stands for “Secure Hash Algorithm”. Since miners expand so much time and energy to solve this puzzle and thus validate transactions on the Bitcoin blockchain, the protocol rewards them for their effort with:

But how can solving a puzzle prove that a transaction is valid?

In order to answer this, we need to refer back to the PoW algorithm we mentioned earlier (SHA256) and we need to explain what a hash is.

Simply put, a hash is a string of characters. This string of characters is the output of a special function called a hashing function. Hash functions are special because they can take any (literally any) series of digital data (a text file, a video, a picture, a song anything) as input and transform it into a single string of characters. What makes this function even more special (and more interesting in our use case), is that if you change even one character in the input (or one byte really), the output string, or hash, will be completely different with no link whatsoever to the previous output.

The hash of the list of all transaction hashes included in the block. A transaction hash is created by combining the following elements into a single hash: the sender’s hash, the receiver’s hash and the amount sent (ie: the UTXO’s, read more about them here).

Computed in a similar way. Only the very first block (called genesis block) does not use the previous block’s hash.

The nonce is the key to the puzzle. It is a positive integer number, which when combined with the previous two elements (transactions hash + previous block’s hash), creates the final block’s hash (see Figure 1).

In SHA256, the condition which needs to be met to ensure the correct nonce was found, is that the block’s hash should start with a series of zeros. That is, when we input into the hashing function: the transactions’ hash, the previous block’s hash and the nonce, the output hash should start with a series of zeros. The way the hashing function works ensures that there is only one possible solution (ie: only one nonce which leads to such a hash). In the same way there is only one combination that unlocks the lock in our previous analogy.

So the nonce is the key to the cryptographic puzzle, but what really makes this a beautiful and secure algorithm is the fact that it requires the hash of the previous block as an input to find the solution. It is one of the three key elements composing the final block hash. Recall that the property of a hashing function is that any change in the input completely changes the output with no deterministic link to the previous output. Therefore, even a slight change in any of the inputs (say a change of amount sent in one of the transactions) changes the final hash and invalidates the nonce.

Why does that algorithm make the transaction secure and prevent changes?

Now imagine that Alice wants to trick Bob and instead of sending him 1 BTC she tries to change the record to 0.5 BTC. By doing that, she inevitably changes the transactionHash, which in turn changes the transactionsHash, which consequently changes the blockHash. Now, the blockHash no longer starts with a series of 0s and the nonce is no longer valid. Therefore if Alice wanted to force that change, she would have to mine the block again and broadcast her solution. However, in the meantime, other miners are already looking for the next block which uses the previous’ block hash as a piece of the puzzle. Here it’s important to note that, by convention, the miners always use the longest chain (blockchain with most validated blocks) as the valid chain. So if Alice wants to change the block she would have to mine her block and the next one, faster than all the other miners, in order to produce the longest chain. However, since she has attempted to modify an existing block, she is already behind! She would have to spend a lot more energy to first catch up with the other miners and then produce the next blocks faster.

As it stands, such an attack would be extremely costly and would not be worth any change done to the transaction. This becomes even more true as the block moves deeper in the history of blocks. Indeed, if Alice wanted to change a transaction that happened 10 blocks in the past, she would have to mine all 10 blocks as they all depend, up to the latest one, on the hash of the previous block. It becomes even more costly considering the fact that a successful attack would likely be quickly identified and destroy the value of the very asset they were trying to earn more of. And that is how a combination of cryptography and well-aligned incentives produce a truly secure algorithm.

What if someone wanted to attack the network just to destroy it?

We’ve shown the economic incentive of an attack makes little sense, but what if someone wanted to attack Bitcoin just to destroy it? Is that possible? The attack described above is also known as a 51% attack, where the attacker assembles 51% of the total processing power of all miners. By owning more than half the processing power, the attacker would statistically find blocks faster and thus be able to change a block and produce the longer chain. At the time of writing, the total processing power of all mining operations, or hashrate, is 108,616,441 TH/s. Which means that all miners combined, try more than one hundred million trillion nonces every second. Getting 51% of that hashrate is unimaginable, even for a nation. It would take enormous resources and mobilisation to successfully conduct such an attack. And with every increase in hash rate, this becomes less and less likely.

With such a high hashrate, shouldn’t the correct nonce be found extremely quickly?

This is a question that often comes back. We know that block times for Bitcoin is about 10 minutes. So how does it stay at 10 minutes and what stops miners that try millions and millions of nonces to not find it within a few seconds? The Bitcoin protocol includes a mechanism called difficulty adjustment that prevents this from happening. Difficulty adjustment increases the pool of possible nonces to make it less likely to find the correct one. You can think of it as increasing the number of digits in the combination that unlocks the lock. If 1 000 people are looking for a five-digit combination, they are likely to find it very quickly. But if they are looking for a 100-digit combination, it will take them significantly longer. So based on the current hashrate, the difficulty adjustments computes the necessary difficulty to keep the block times around 10 minutes and maintain the bitcoin issuance rate as specified by the protocol.

Analogies are great for simplifying abstract concepts or complex ideas but they often fall short of explaining the underlying processes. Therefore, as great as the term bitcoin mining is to understand its purpose (i.e.: create new bitcoins and increase circulating supply just as gold mining does), it tells you absolutely nothing about the process. In fact, it can conversely create a lot of confusion around what bitcoin mining is and undermine the importance of mining as a key factor of Bitcoin’s security, decentralisation and scalability. Indeed, with the total supply of bitcoins being capped at 21 million, bitcoin mining won’t create new coins forever, yet the so-called “mining” will still have to continue to validate new transactions. People can only speculate what would happen after all coins have been issued. The most likely outcome is that a fee market will develop and self-regulate to keep miners incentivised. However, we are still decades away from seeing that happening and, chances are, if Bitcoin is still around then, it will have grown into a much, much larger asset than it is today. Let us conclude this article with a small speculative projection of what such a future might be like:

Bitcoin will become the international monetary standard and validating the network will be a matter of national security and sovereignty. Fees on the first layer will be much higher (not necessarily nominaly, but in purchasing power) and transactions will consist of massive international settlements between 2nd layer liquidity providers (imagine bank settlements today) while small transactions will take place on 2nd and 3rd layer solutions with much lower fees.