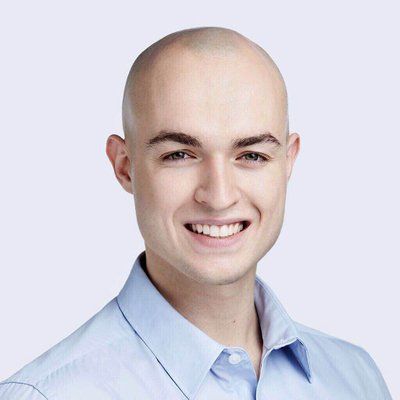 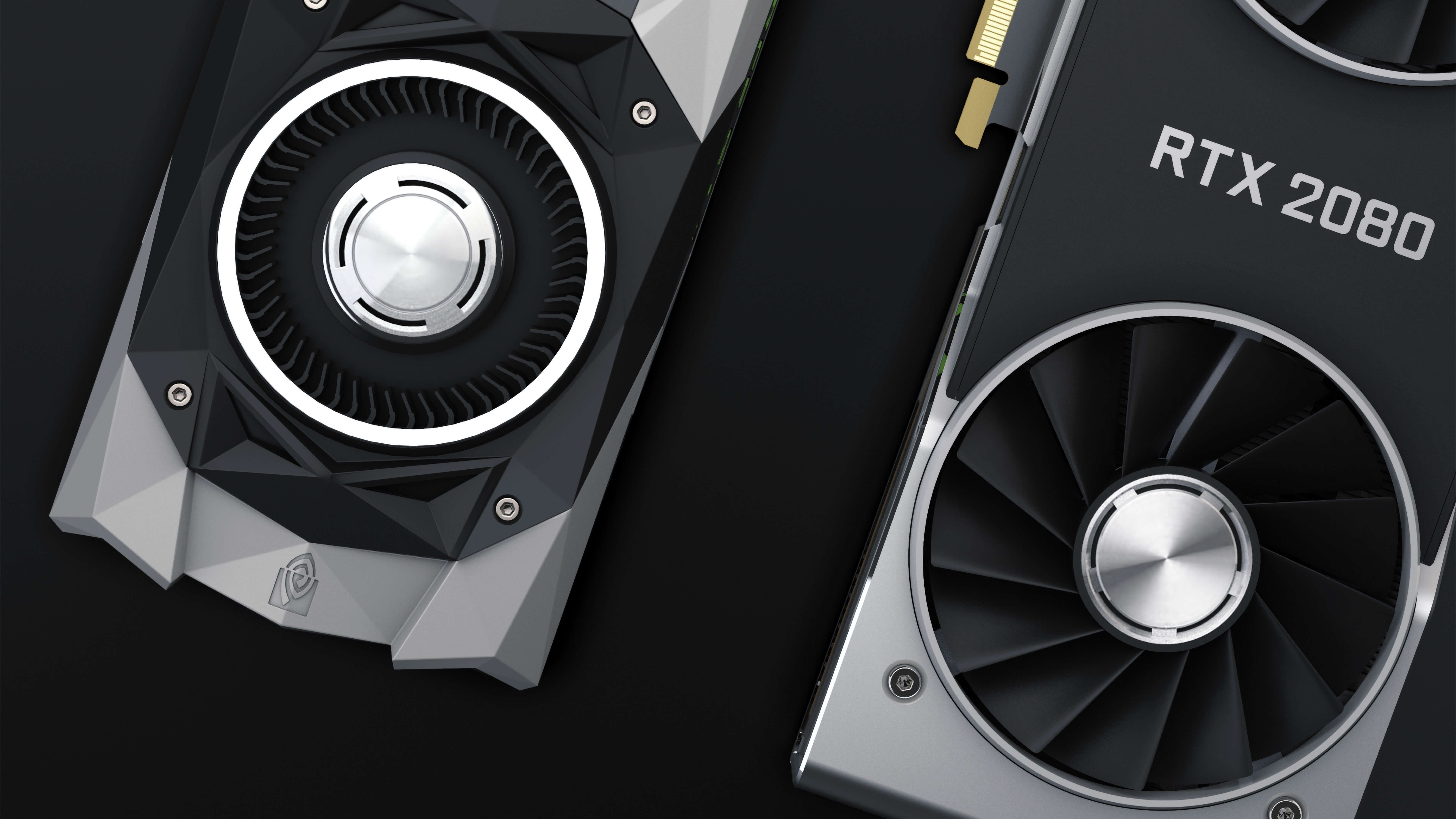 Whenever the topic of crypto mining is discussed, the currency that comes to mind generally is Bitcoin. Although it may be the currency with the highest market cap and popularity, the Bitcoin Mining Difficulty continues to reach all-time highs resulting in lower mining revenue compared to other cryptocurrencies. Ethereum mining is cheaper to start, and yields comparatively higher rewards. To understand Ethereum mining, let's take a look at Ethereum itself.

Ethereum is the second highest cryptocurrency in terms of market capitalization. Being in Bitcoin's shadow, Ethereum is often compared to it, but there are many significant differences between them. Bitcoin is a decentralized payment system built on a blockchain that deals with permissionless and secure transactions, while Ethereum's vision is to be much more than just a payment system.

Ethereum expanded the capabilities of blockchain and turned itself from a payment system into a distributed computing network also often called a “world computer”. This network has its own coding language and it provides a platform to build decentralized applications on it. A distributed network of miners host a virtual machine on their node called the Ethereum Virtual Machine (EVM) which can run code and therefore execute smart contracts. The first application of Ethereum was centered around launching tokens but nowadays we see complex applications like decentralized exchanges, lending platforms and even non-financial applications like gaming and digital art marketplaces. Ethereum based applications aim to be decentralized and eliminate the need for a middleman.

The Ethereum network is run by nodes that validate all the transactions on the platform to maintain security and integrity. There are different types of nodes. Some are run by users or developers in order to have direct access to the Blockchain and be able to self-verify the state of the Blockchain, while other so called mining nodes are responsible for validating transactions and securing the network. Let's dive further into the concept of Ethereum mining.

What is Ethereum Mining?

Ethereum currently uses the proof-of-work consensus algorithm. This algorithm requires miners to use their computing power (hashrate) to solve complicated cryptographic puzzles. The cryptographic function generates a specific hash for a transaction; miners use their computers to generate a lot of hashes to guess this number. The fastest miner to get to this number gets to add a block on the Ethereum blockchain. Although this may sound awfully complex, this process ensures that there is consensus on the state of the blockchain at all times. At the same time it makes it virtually impossible to change the state of the blockchain retrospectively as it would require a lot of hashpower and hence money.

Since maintenance of the blockchain's security and integrity requires computing power, these miners are rewarded with newly formed units of Ether (ETH), which is the native currency of the Ethereum blockchain. Thus, mining is similar to mining minerals, where work is done in exchange for valuable minerals. The reward for adding one block to the blockchain is made up of 2 ETH and the transaction fees of the transactions within that block. Today, these transaction fees make up a very large amount of Ethereum mining revenue because Ethereum transaction fees have skyrocketed this year due to increased usage of the network.

Ethereum fees compared to bitcoin at the time this post is published - cryptofees.info

Since these validations require large amounts of computing power, the amount of electricity needed increases, and more electricity means mining Ethereum in 2020 is not cheap. Ethereum mining, however, still can be profitable. There are approaches to mining like pooled mining, hosted mining, and cloud mining that can yield better results for smaller setups, but let's first examine the conventional way of mining at home.

How to start mining Ethereum at home

Although there are mining farms and data centers around the world dedicated to mining these cryptocurrencies, the beauty of mining crypto is that you can mine Ethereum at home with a GPU. There is a series of necessary steps involved in this process:

The first thing you require to get your mining payouts is an Ethereum wallet. An Ethereum address is associated with your wallet, and this is where you can receive payments from other users as well as your mining rewards.

There are many options to create your Ethereum wallet and the key decision is deciding between a hardware wallet or software wallet.

A hardware wallet allows you to keep the private key of your wallet offline at all times making your wallet less prone for hacks. Popular hardware wallets include Ledger and Bitbox. If you prefer a software based wallet you can check out our Ethereum wallet page.

The selection of mining hardware is the most critical step for any miner. Depending on the power cost in your area, there are plenty of hardware options available in the market. The best way for a better mining experience is to look for a miner that provides a high hashrate with low power consumption.

There are two different types of hardware machines to mine Ethereum: GPUs or ASICs. ASIC machines can produce a much higher hashrate, however they are limited to mining on one mining algorithm only. They are engineered specifically to mine a particular cryptocurrency very efficiently. GPU cards on the other hand, have much more flexibility to mine different algorithms and blockchains. They can even be used in gaming and other non-blockchain applications. The Innosilicon A10 Pro is a popular ETH ASIC while NVIDIA produces excellent GPU cards for Ethereum mining.

With GPUs like AMD Radeon RX 5700 XT, you can get a hash rate up to 56 MH/s with around 110 watts' power consumption. You can view a profitability calculatorto determine how much ETH you can mine and the associated costs of running the machine at your electricity price. Making a mining rig requires adding multiple GPUs to increase the hashrate and performance.

When choosing a graphics card or ASIC a good heuristic is to divide its price by its hashrate to get the cost of a hashrate unit. Generally speaking, the lower this number the better since it’s a measure of how cost-efficient the graphics card is.

To utilize your GPUs for mining Ethereum, you also need to use mining software. This software uses the GPU's hashrate to solve the cryptographic puzzles, after which it effectively adds blocks on the blockchain.

The market is full of mining software. The most popular mining software include Bitfly's ETHminer, CGMiner, BitMinter, and Claymore's dual Ethereum miner. These mining software allow an efficient mining experience and optimize your GPU cards. Each of these software have instructions on how to install it.

It’s important to remember that you're competing with mining farms and data farms worldwide with a mining rig at home. The hashrate generated by these farms is impossible to match by a regular home-based miner.

Due to the luck based nature of mining you’d never know when you will be the lucky miner solving a block and earning the 2 ETH block reward plus transaction fees if you mine at home without joining a mining pool. It could happen on your first day of mining just like it could not happen for an entire year. The best way to ensure reliable mining revenue is therefore to join a mining pool.

Even for people who can afford more ASIC miners or GPU miners, pooled mining generally yields better earnings than solo mining. In a mining pool, the hash rate provided by an individual's miner is added to the total hashrate on the mining pool contributed by other users, increasing the collective team's chances to mine a block and get the block reward. The advantage of pooled mining is that it provides a steady and stable income due to the increased probability of the pool mining blocks.

You can view a list of active Ethereum mining pools on MiningPoolStats, and each mining pool has detailed mining guides for mining on the pool. In general, it’s good to choose a pool that has a reasonable share of network hashrate (e.g. greater than 10%) to ensure regular payouts, has a good reputation, and charges reasonable pool fees.

Once your wallet is set up, you’ve purchased your hardware, installed the mining software and joined a mining pool, now you can start mining.

My electricity price is too expensive at home - what are my alternatives?

After following the steps above, you can successfully start mining; however, if you feel that the power costs are too high with the additional overheads of cooling fans and maintenance, you can always opt for cloud mining or hosted mining.

Cloud mining is the concept where data centers rent out their hashrate to individual users. You can rent any amount of hashrate that you wish and receive the Ethereum mined paid out to your address. With a little investment, you're spared from the headaches of maintenance and operating costs of the equipment. Genesis Mining and BitDeer are two of the largest cloud mining providers.

Cloud mining can be risky. It’s important that you only purchase from reputable companies, and also pay close attention to the terms of the contract. Due to the volatile nature of the Ethereum price and Ethereum Difficulty, it’s possible that you won’t make a positive return on your investment if the market turns bearish. Often, the contract may be terminated once the Ethereum rewards are less than the electricity price for the cloud mining company to run the mining machines.

Some mining companies offer managed hosted mining. These companies encourage miners to send their machines to their facility, and the mining company will take care of the maintenance. The benefit for the miners is that they can take advantage of cheaper electricity prices that only large data centers have access to. You can either send over your own machines, or with some facilities, they already have machines that they can sell to you.

The best data centers are located in countries with very cheap electricity like Iceland, China, the USA and Russia for example. In these countries, setting up a data center can be a highly profitable business. This not only requires capital investment, but it also requires a considerable amount of time for the facility setup, hardware purchase, and negotiation of the power purchasing agreement.

While mining at home is certainly an option if you have cheap electricity and join a mining pool, alternatives like pool mining, hosted mining and cloud mining have made mining Ethereum a lot easier.

Another piece of good news for Ethereum miners is that GPU mining equipment can also mine other proof-of-work cryptocurrencies so you can always switch to other cryptocurrencies.

This shift would eliminate this process of proof-of-work mining and will shift to a whole new approach. Although it is expected that proof-of-stake will be fully implemented well after 2021, researching before putting lots of money into buying rigs is highly recommended.

Did you like this article on Ethereum mining? If you have any questions tag us on Twitter or join us on Telegram!